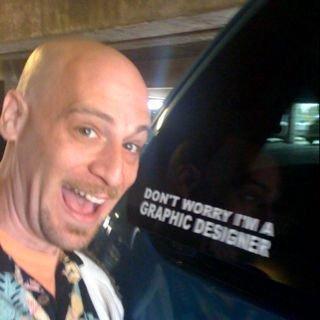 Phone: 949-346-1857
Email: dblock@pylusd.org
Design Rescue Website - https://rb.gy/pamsap
Mr. Block's Youtube Channel: https://rb.gy/8hacwu
I'm a designer.
I have over 30 years of practical experience in the creative industry. I have worked my way up from Production Designer, to Web/Graphic Designer, to Senior Designer, to Graphic Design Teacher. I have experience designing for a wide variety of markets, from hospitality to finance to real estate to scholastic. I hold a Bachelor's Degree in Graphic Design from The Art Institute.
​  > Visit my Linkedin.com page
I'm an educator.
I have been teaching with North Orange County ROP at El Dorado High School in the Digital Media Arts Academy since 2015. In 2018, I wrote the curriculum for three of the courses that I teach, Digital Design & Illustration, Advanced Graphic Design, and Honors Graphic Design courses, all of which have been UC approved. The Honors Graphic Design course made history as the first that North Orange County ROP has offered since its start in 1971.
I'm a creative director.
Well... let me clarify that.
​I'm the founder and creative director for the on-campus studio called Design Rescue, staffed by my Advanced and Honors Graphic Design students at El Dorado High School's Digital Media Arts Academy.  We provide pro-bono design work to the community as a way to give students real-world, hands-on experience with projects that will be produced and published. I began Design Rescue as a way to prepare my 3rd and 4th-year students for college and beyond. Not only does it deliver on that goal, but it's also had some welcomed collateral effects including students who have gone on to art colleges, started freelance design businesses, and started in-house design positions right out of high school.
> Visit the Design Rescue website here
I'm an esports club advisor.
In 2018 I developed the first Esports club and team at El Dorado High School. We participated in the Orange County High School Esports League tournament with the popular 5v5 game, League of Legends. In 2019 we participated in the North American Scholastic Esports Federation Overwatch and League of Legends tournaments. The club has been a great opportunity to provide a safe place for students to come together and have fun playing in the same room rather than sitting alone at home where it's easier to form bad behaviors. The club and teams have been a huge success with the students, administration, and parents. I'm an inventor. October of 2010 my father and I worked together to devise a way to comfortably cradle your phone and give a sense of security that it won't drop. We created, and patented, the Handable Phone Grip with a super comfortable soft nylon cord that connects the decorative cap to the phone and provides a solid, secure grip you'll love every time you pick up your phone.
> Visit our website at www.Handable.com
> Visit our Youtube Channel

Visual Arts, Art Fundamentals and 3-D Art & Design
Although Mrs. Halliday has only been an EDHS Hawk for 4 years, she is celebrating her 28th year in PYLUSD, having previously taught at Kraemer and Tuffree Middle Schools. She is also the district visual arts program specialist and creates videos, lessons, and projects for students K-6, and organizes the district annual art show, ARTWORKS!. Mrs. Halliday earned her BA in Art from Cal State University Long Beach, her k-8 multiple subject credential from Cal State University Dominguez Hills, and her MA and high school credential from the University of Phoenix.
For the past 20+ years, she has worked as a mentor teacher in the district’s Induction program assisting new teachers in earning their clear credentials. In 2015 Mrs. Halliday was awarded Orange County Teacher of the Year. She loves getting messy and experimenting with new media with her students, helping students to explore the world of drawing, painting, and sculpture. Whether helping a student become confident in learning how to draw, discovering new talent, or learning about art history, Mrs. Halliday is always looking for new projects to inspire her students. 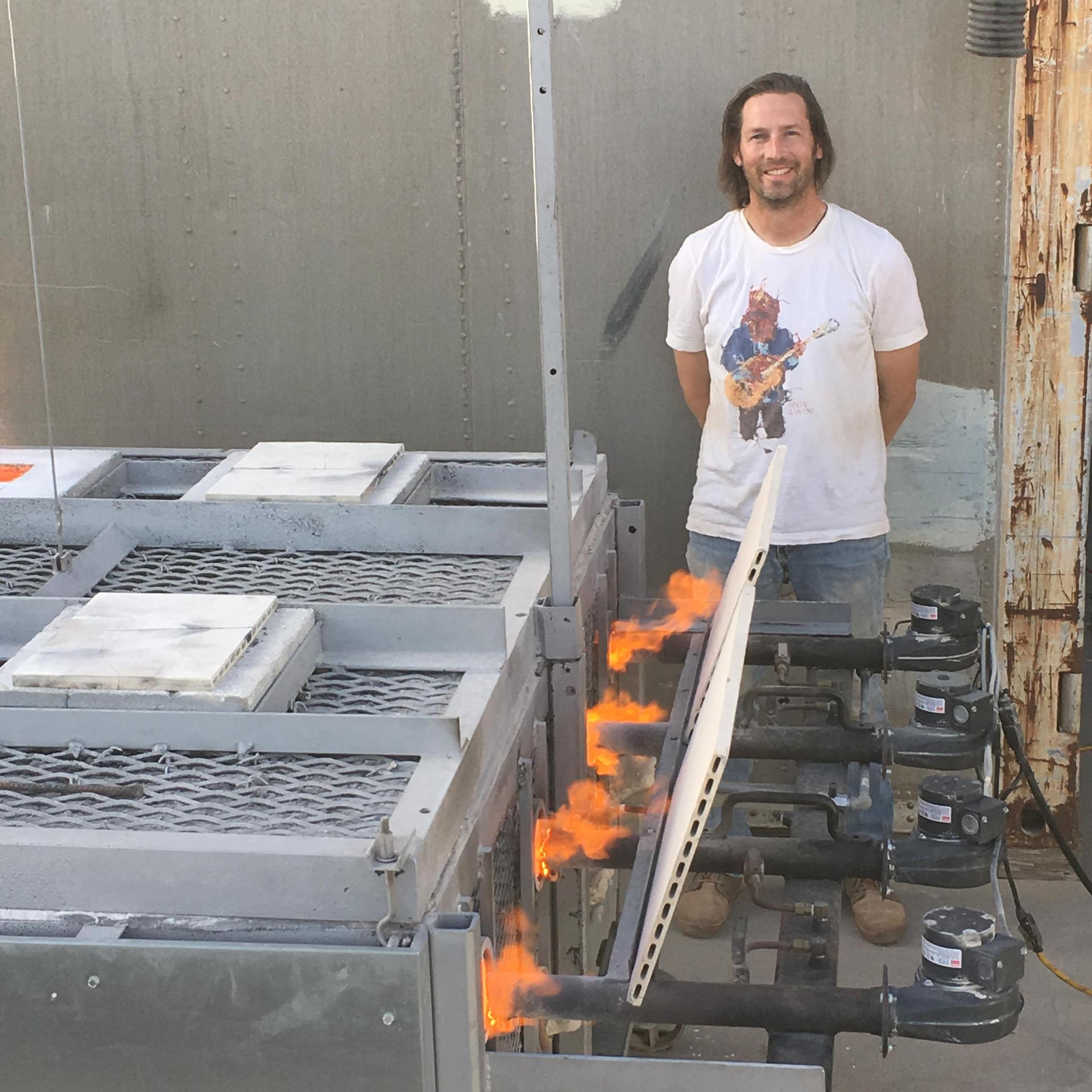 I grew up in Southern California and attended California State University at Fullerton.  I received my BA in Fine Arts in 2001 and began teaching ceramics at El Dorado High School in 2003 after finishing my credential.  I’ve been working with clay for about 15 years now although coming out of school I considered myself to be a painter and printmaker.
Three years into teaching I became enamored with working with clay and now focus almost exclusively on pottery.  My favorite aspect of ceramics is throwing pots on the wheel.  I enjoy alternative firing processes, particularly raku and saggar firing, but also enjoy making functional ware as well.  Aside from teaching ceramics, I’m also a Varsity Assistant Baseball Coach here at El Dorado.  My home life is fairly busy for my wife and I, we have 5 wonderful children. 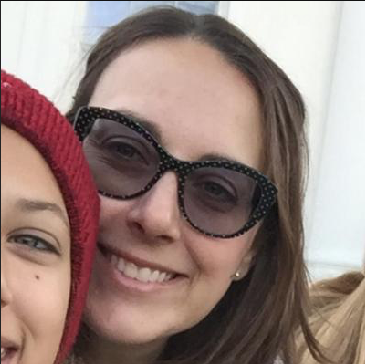 Graduated CSUSB Bachelor of Fine Arts Degree (Photography Emphasis)
Single Subject Teaching Credential & CTE Credential from CSUF
Taught at El Dorado since 2000
The reason why I think photography is such an important class for high school students is because it is a wonderful way for young people to discover what they see as important in the world. Other than having fun in class and meeting lots of new friends, students will learn various skills including Adobe Photoshop, photo editing, DSLR camera operation, and the history of photography. AP Photo (AKA AP 2D Studio Art) is also offered for College elective credit.
Please email me at aross@pylusd.org if you have any questions. 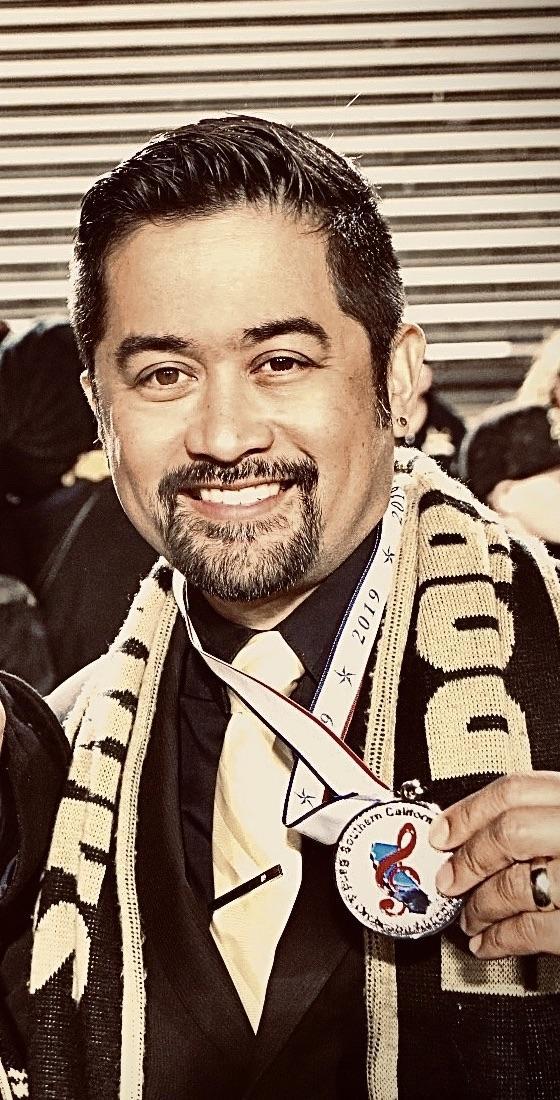 Eric Samson is in his 17th year with the El Dorado Instrumental Music Program in Placentia, California. He has held the roles of Percussion Instructor, Assistant Band Director, and has had the honor of being the Director of Instrumental Music since 2010 where he teaches the Concert

The performance ensembles at EDHS continue to maintain a high level of excellence throughout their program. They have recently earned medals in local and national championships by placing in the top 3 in Winter Guard, Winter Percussion, and Marching Band while the Wind Ensemble and Jazz Bands continue to earn Superior Ratings at Music Festivals.


After attending Riverside Community College, Mr. Samson received his Bachelor of Arts Degree and California Teaching Credential from CSU Fullerton and studied Afro-Latin Music at CSU Los Angeles. He is currently pursuing his Masters Degree in Conducting at the American Band College at Central Washington University. 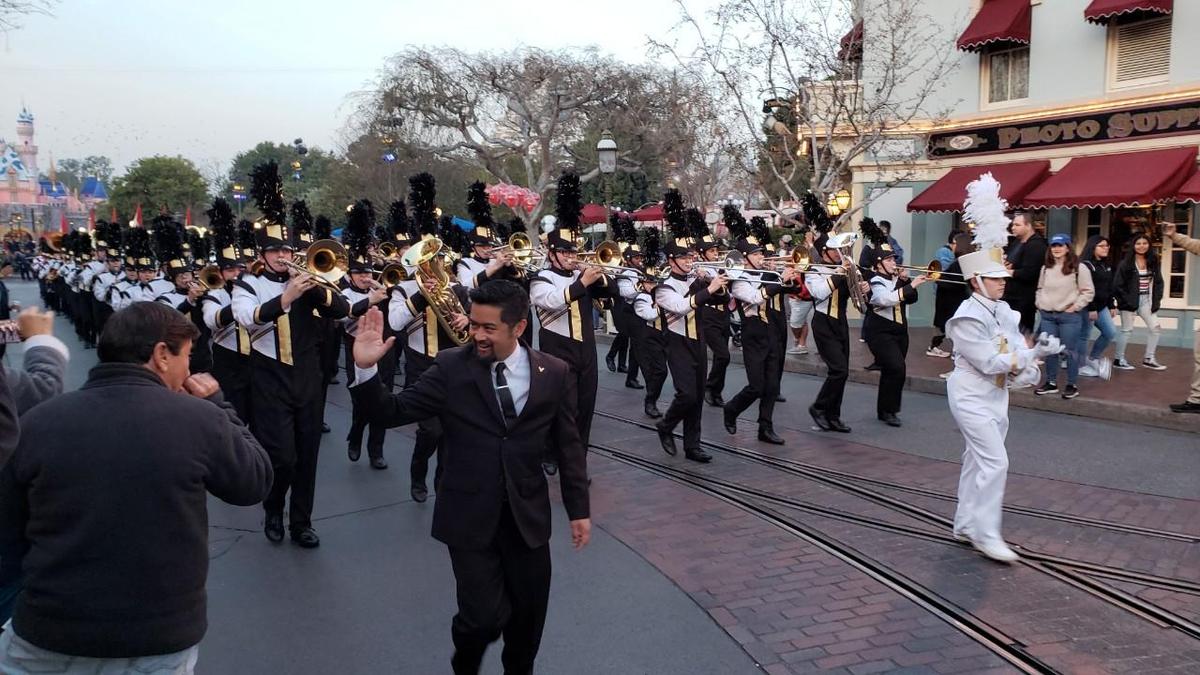 Aside from teaching, he has enjoyed his career as a freelance percussionist. As a member of the Henry Mancini Orchestra, he has had the opportunity to share the stage with artists such as Quincy Jones, Stevie Wonder, Tony Bennett, Michael Buble, and one of his most memorable gigs, Andrea Bocelli and the Muppets on the Jay Leno Show. He currently is the leader of “The EdCode Quintet” where he can be found playing percussion with other Southern California music educators. Mr. Samson is proud to be an endorsed artist with Innovative Percussion Drum Sticks, Remo Drumheads, Zildjian Cymbals, and Gruv Gear.


Mr. Samson currently lives in Fullerton, California with his wife Missy, their two children, Chloe and Micah, and his two dogs, Oswald and Piper. 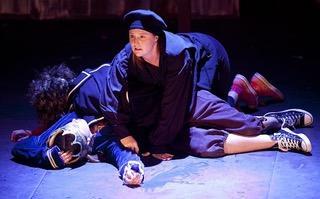 Mrs. Switzer has the honor of being one of the many EDHS graduates who chose to come back to the nest and teach.  She found the EDHS theatre program her freshman year of high school and has pretty much never left.  She earned her BA in theatre from Cal State University, Fullerton, and her MA in theatre from Cal State University, Los Angeles.
She has been teaching at EDHS for over 20 years and can’t imagine teaching anywhere else. She loves spending the day collaborating with aspiring young artists and is inspired by their dedication, creativity, and fearlessness.  Mrs. Switzer was a 2015 Orange County Teacher of the Year and a 2015 finalist for California Teacher of the Year. When she isn’t teaching or directing her students, she can be found performing in local community theatre productions, practicing with her roller derby team, or relaxing at home with her husband and son. 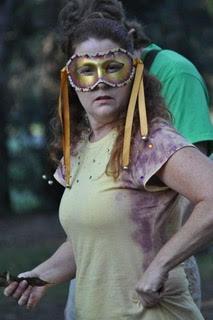 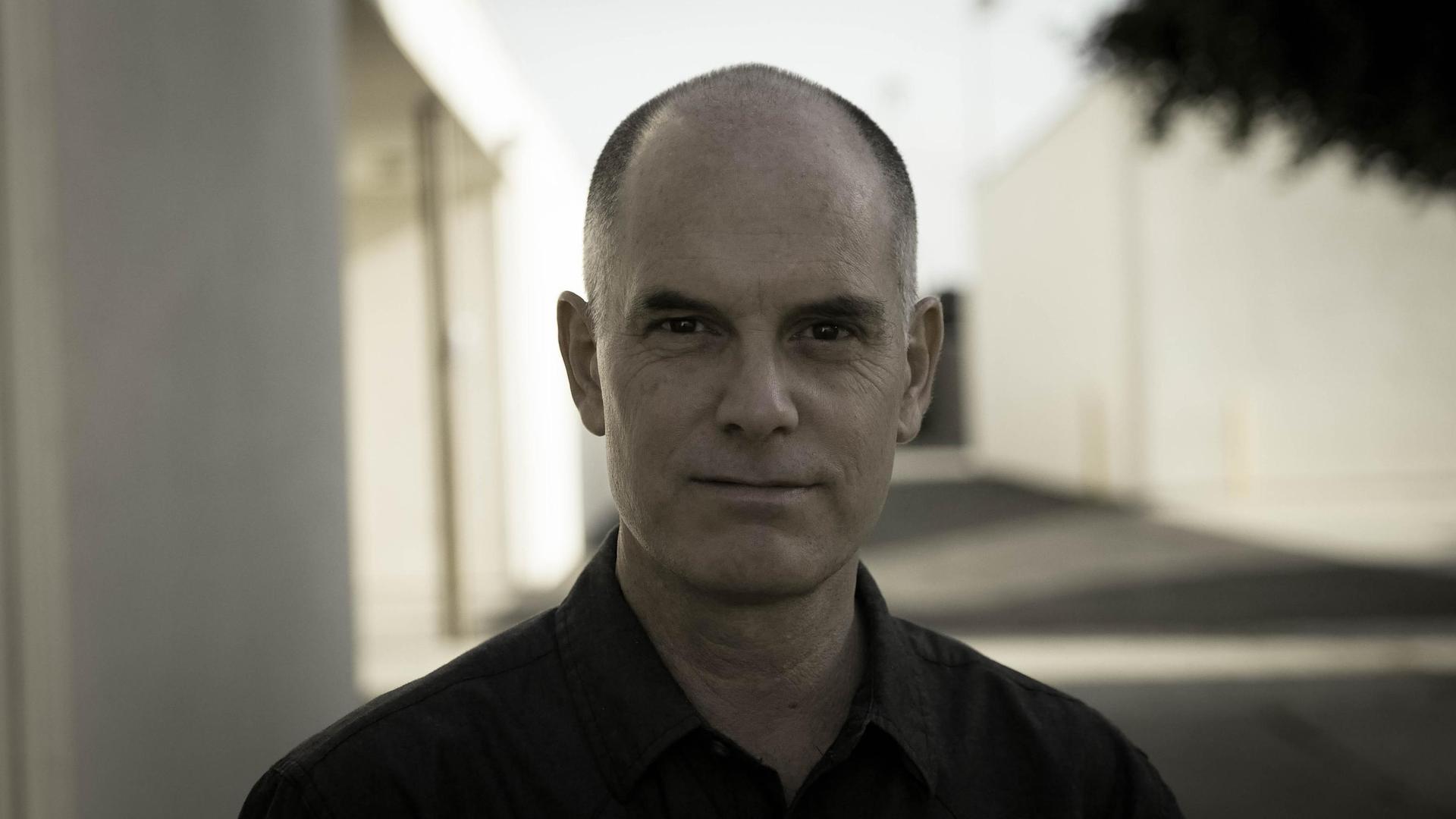 Mark Switzer is the film and broadcasting teacher at El Dorado High School and is currently serving as the coordinator for the Digital Media Arts Academy program. El Dorado’s video production program is among the best-equipped high school video production programs in Southern California. You can find more information about his classes and the DMAA program @ www.edhsdigitalarts.com 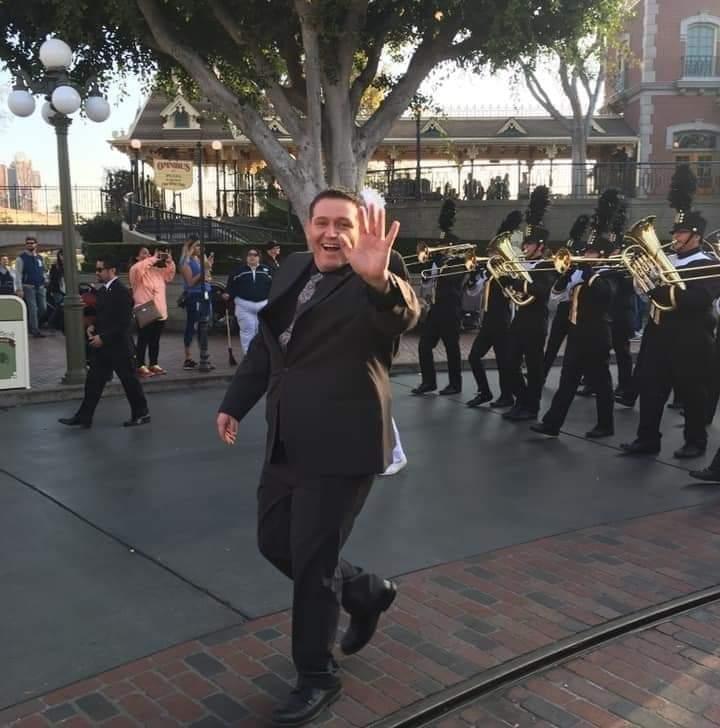 Tim Vrooman is the Orchestra Director and Assistant Director at El Dorado High School. He has served as a Brass and Visual instructor for various schools across Southern California. His present duties include Orchestra, Marching Band, Symphonic Band, Advanced Band, Chamber Ensembles, and Brass Instruction. While attending CSUF for his undergrad in Music Education, Tim performed on tuba with various groups and ensembles such as Pacific Crest Drum and Bugle Corps, Irvine Valley Symphony, and brass ensembles. While teaching at El Dorado is his priority, Tim also continues to perform with the Tuba Ensemble, 8 Below. 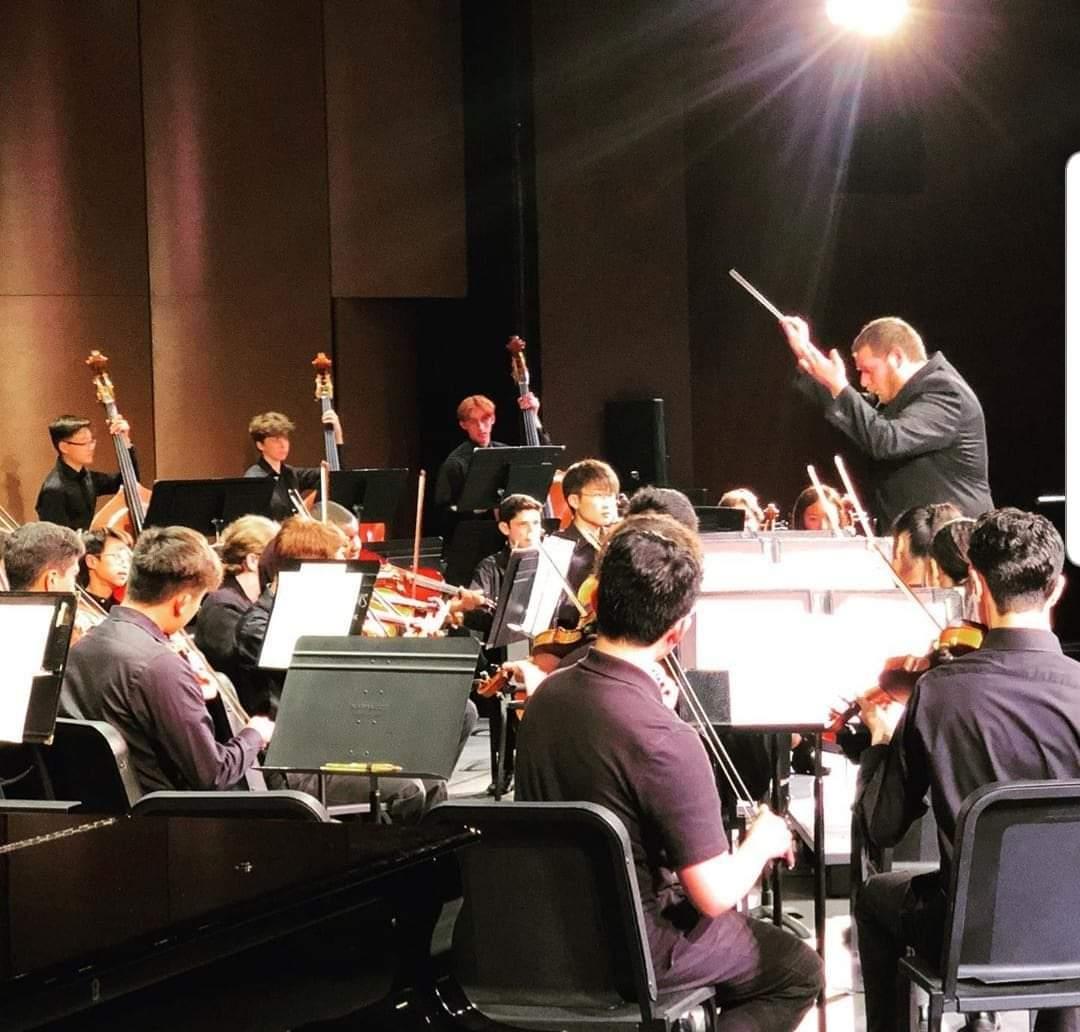 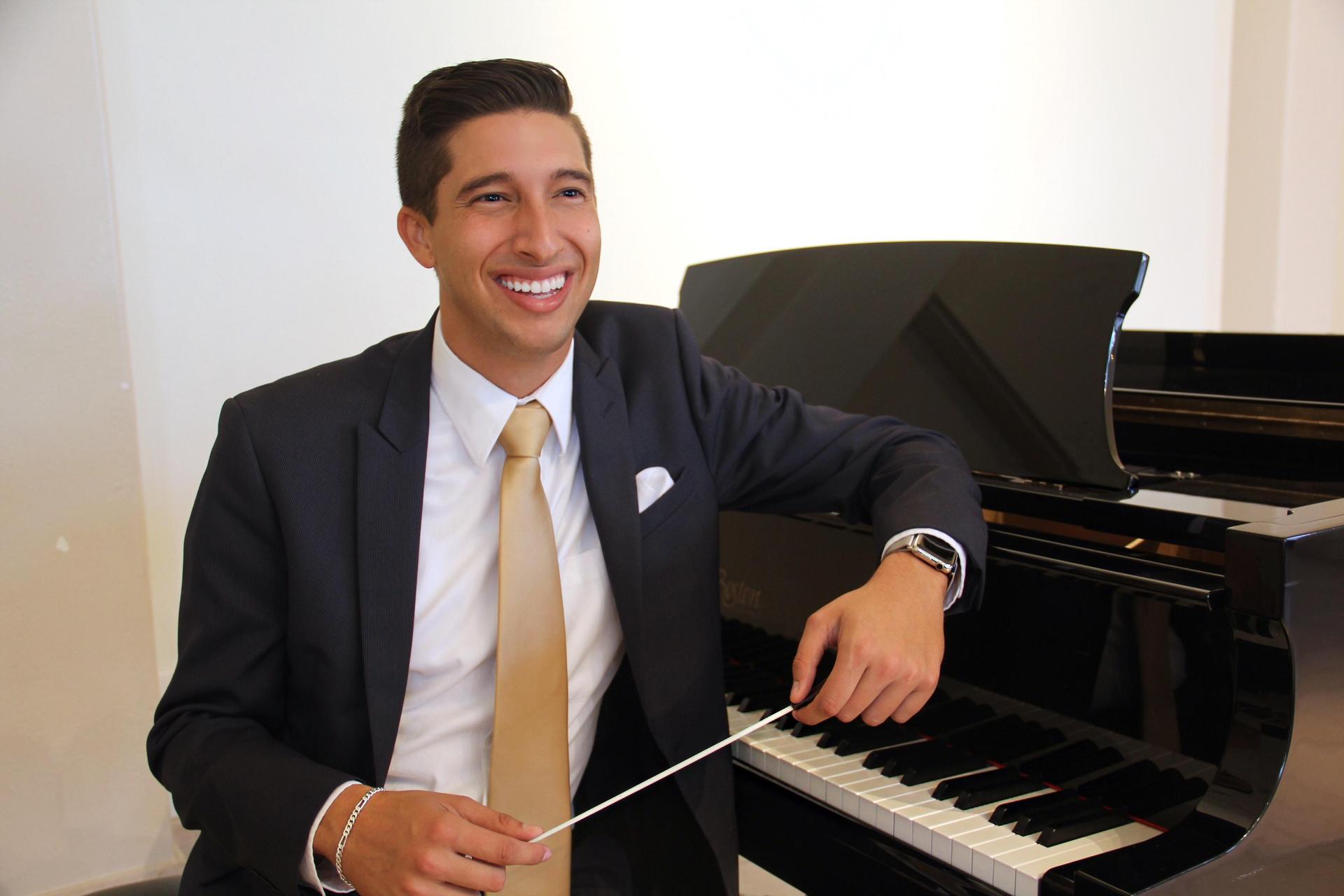 Email: ryoder@pylusd.org
Choir website: edhschoralmusic.org
Mr. Ryan Yoder joined the faculty of El Dorado High School as the Director of Choral Music in 2017. He currently conducts EDHS Choral Music's five major ensembles; Vocal Ensemble, Advanced Women's Ensemble, Men's Choir, Concert Choir, and Hawkappella. In addition, he serves as the Vocal Director for the annual school musical in collaboration with the EDHS Theatre Department.
During his tenure, EDHS Choral Music has extended their presence in the choral music community and received the highest ratings at Southern California Vocal Association festivals. In 2018 and 2019, the EDHS Vocal Ensemble was selected to participate in Disneyland Resort’s Candlelight Processional & Ceremony. Most recently, EDHS Choral Music toured New York City to perform at the Cathedral of St. John the Divine in February 2019.
He is a graduate of Vanguard University of Southern California with a BM in Music Education and the University of Redlands with a MA in Learning and Teaching. Yoder is an active member of the Bonner Institute for Choral Advancement, California Music Educators Association, Southern California Vocal Association, and the American Choral Directors Association. Mr. Yoder has conducted multiple choral ensembles and musical theatre productions throughout Orange County. Currently, Mr. Yoder additionally serves as Choir Director for Placentia Presbyterian Church in Placentia.
Mr. Yoder looks forward to continuing the tradition of excellence in the Choral Music Department at El Dorado High School!